I have to admit to being a little amused when I hear the media discuss Andy Murray and his chances of ever winning a grand slam tennis title. The guy only turned 24 in May and whilst he has still not won a grand slam tournament, his earnings from prize money alone in the 2011 season to date are $2.4m which is only a touch less than Roger Federer's $2.5m this year. Over his total career he has won prize money of $16.4m since turning professional in 2005. Pause for a moment, he is 24, been a professional for 6 years and has already won $16.4m. He is ranked 4th in the world by the ATP, behind Federer, Nadal and Djokovic who has had a fantastic run of form and obviously won the Wimbledon 2011 men's singles championship at the weekend. His season has seen him win $7.6m which is nearly a third of his total and  career winnings since 2003 of $27.8m. As Novak Djokovic claims the ATP number one spot, consistently progressing well in the 18 tournaments that he has played in this year he can certainly enjoy the heights of being the current tennis ace with 26 titles.
Roger Federer: Career Earnings $63.5m with 67 titles (pro since 1998, now 29) now ATP#3
Rafael Nadal: Career Earnings $42.6m with 46 titles (pro since 2001, now 25) now ATP#2
Novak Djokovic: Career Earnings $27.8m with 26 titles (pro since 2003, now 24) now ATP#1
Andy Murray: Career Earnings $16.4m with 17 titles (pro since 2005, now 24) now ATP#4
Robin Soderling: Career Earnings $10.3m with 9 titles (pro since 2001, now 26) now ATP#5
Andy Roddick: Career Earnings $19.6m with 30 titles (pro since 2000, now 28) now ATP#10
Career earnings are from tournament prize winnings only, it does not include income from promotional work or other business activities. Whilst it is clearly Andy Murray's dream, ambition and determination to win a grand slam title (Australia, France, Wimbledon, US) by any sensible measure he is surely already a highly gifted and highly successful tennis professional. There may not be much in it (which could be said of a many tennis tournaments) but in terms of age and when he turned pro, Andy Murray's career is already a glittering one. Few people on planet earth can say that they got to number 4 in their field by the age of 24.
This prompts me to reflect on how success might be defined. It is surely rather more than simply being number one, or winning a specific tournament, even if it is a Wimbledon final (now in the past). This reminds me that success in a moment is fleeting and that real success is from the lives we lead consistently day after day.
The US Open, the fourth and final "grand slam" of 2011 is now just a few weeks away held in New York on 29 August. Last year Nadal beat Djokovic in a 5 set final. At the end of the year on 20 November London will again host a major competition in the O2 (The Dome) where the top 8 ranked ATP players will compete for the World Tour Finals. Tickets for the final (27 November) range from £100 to £8,500.


The career earnings figures that the ATP produce are really very helpful in terms of taking a longer-term view. I believe that we could all learn from this example (including the Government and HMRC) and would almost certainly handle money more thoughtfully if it was shown in a similar fashion, rather than a monthly or annual sum. If you read my piece about Public Sector pensions last week, you may be interested to learn that the total income earned from someone starting on £18,000 and inflating this by 2.5% over 38 years was £1.12m career earnings.
at 14:28

We are a boutique firm of financial planners. We create financial plans designed to achieve a desired lifestyle. We will craft and implement your plan that will provide you with the greatest chance of accomplishing your unique goals based upon the values that you hold. Financial products are little more than the tools to achieve your required results.
For more information please visit our WEBSITE to see how we can be a financial advantage to you 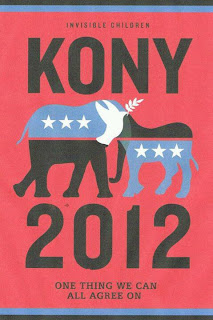